Visit our Newsletters page to find out more about Stepping Stones and subscribe to our newsletters! 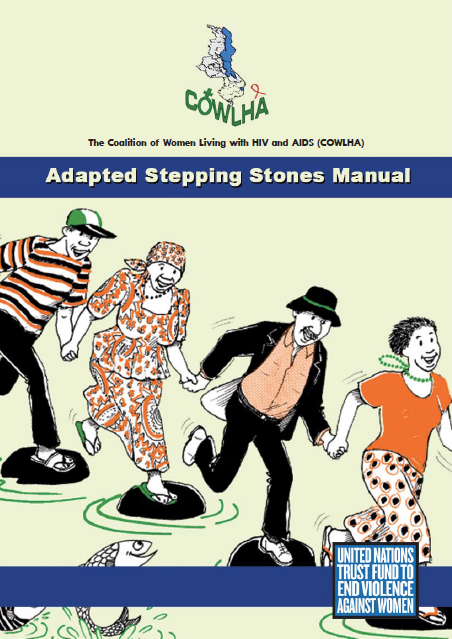 “After being found HIV-positive, my husband left me. But after attending the Stepping Stones training, my husband decided to go for HIV testing and counseling, a thing that he vehemently refused to do in the past. His results revealed that he was HIV-positive. The training helped him to rediscover himself and he apologized for leaving me. My husband and I are now back together and happily married again with no incidents of violence because we are able to communicate better as a couple and respect each other’s rights.”

This is a quote by Enita Jailosi and taken from a recent publication called “Community Innovation: Achieving sexual and reproductive health and rights for women and girls through the HIV response.”  Enita is a woman living with HIV in Malawi who has been helped by the implementation of the Stepping Stones approach and the support network of the Coalition of Women living with HIV/AIDS in Malawi (COWLHA). COWLHA is leading efforts to help women and girls through the HIV response in Malawi, whilst promoting female empowerment. It has utilised the Stepping Stones approach to open up channels of communication between women living with HIV and the influential leaders of local communities. As the document demonstrates, this integrated approach has been highly successful. The involvement of community leaders has led to a reduction in HIV related stigma and a swelling of COWLHA support group members. Additionally, these community dialogues have emerged as a forum for challenging previously accepted gender norms.

Click here to read the ATHENA Report in full.  The Stepping Stones report appears on page 24.

Click here to read more about the COWLHA programme.