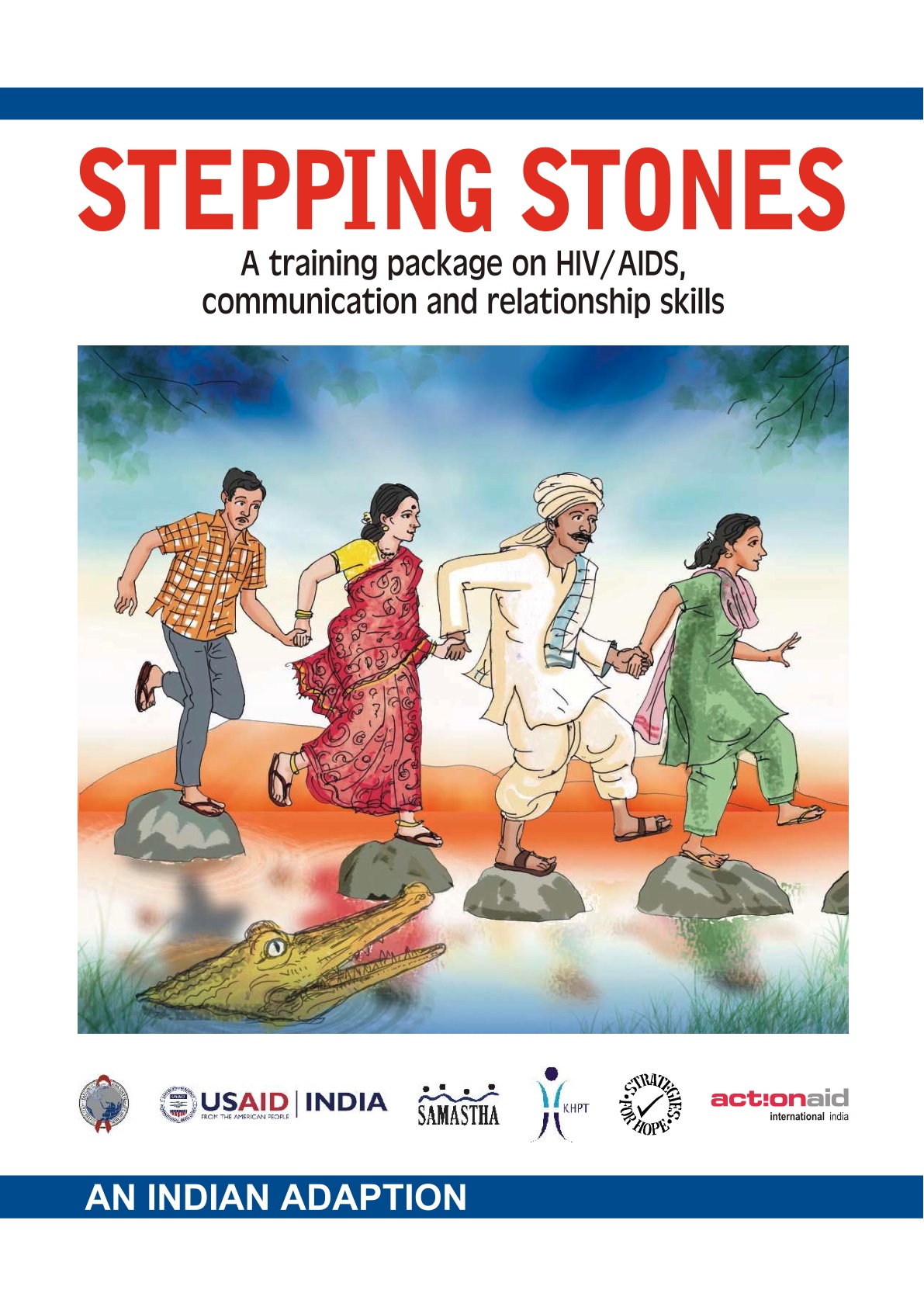 Stepping Stones started in India as a result of the efforts of Linnea Renton and Jacqui Bataringaya, then both of ActionAid. The first training of trainers workshop was delivered by Gill Gordon, Linnea Renton and Lovemore Magwere in the province of Sikkim, in the North-East of the country.

One of the biggest challenges for ActionAid at the time was to address HIV issues on the one hand and education, food, gender issues on the other hand. Stepping Stones was adopted as a way to integrate all these different areas of work into one project only.

In 2011, Amandine Bollinger of Salamander Trust learnt from Stepping Stones practitioners that the programme had stopped Early Child Marriage in the communities where it was being used (see page 12 here).